The Cleveland Street Scandal: Sex and the Royal Family 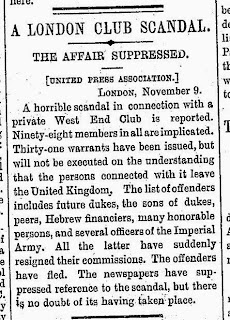 Rich Powerful Adults and connected Pimps committed the crime, but it was the kids who went to prison at hard labor. Victorian England was no paradise for children. This 15-year-old orphan is not connected to the Cleveland Street Scandal, but his parents died and he became homeless, living in the wood and taking odd jobs to earn food money. But to the police that was a grounds to send him to adult prison at hard labor for a year. That is not justice either. 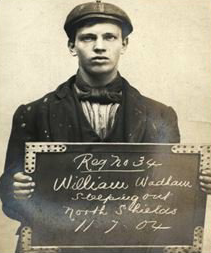 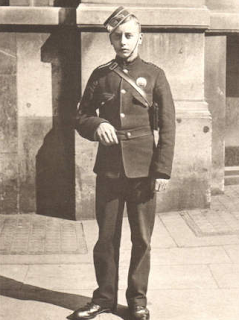 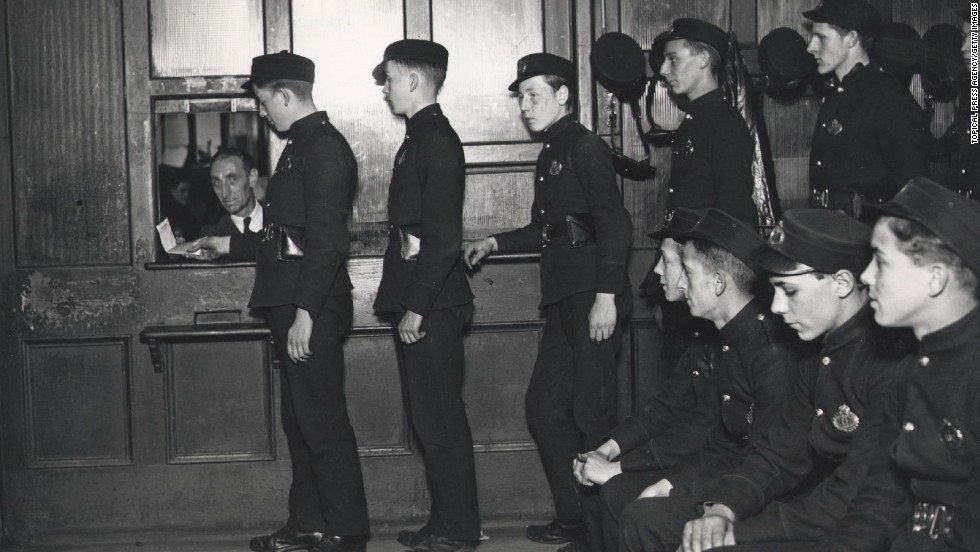 There was a series of thefts inside the General Post Office in Fitzrovia, which prompted London Police and Scotland Yard to investigate staff at the facility. They began with young boys who served as Telegraph Messengers. On 4th July 1889, 15-year-old Charles Swinscow was searched as part of this investigation.

It was a telegraph boys job to cycle around London delivering telegrams and urgent messages to homes and businesses. His wage would have been about eleven shillings per week, however when he was searched, eighteen shillings were found in his pockets, more than a weeks salary to such a young man. Swinscow was taken in for questioning as part of the police operation.
When asked how he came to have such a large sum of money in his possession, Swinscow panicked and confessed he'd been recruited by Charles Hammond to work at a house in Cleveland Street where, for the sum of four shillings a time, he would permit the brothel's clients to "have a go between my legs" and "put their persons into me".
He then identified a number of other young telegraph boys who were also renting themselves out in this manner at the Cleveland Street establishment, leading to the apprehension and questioning of Henry Newlove, Algernon Allies and Charles Thickbroom. 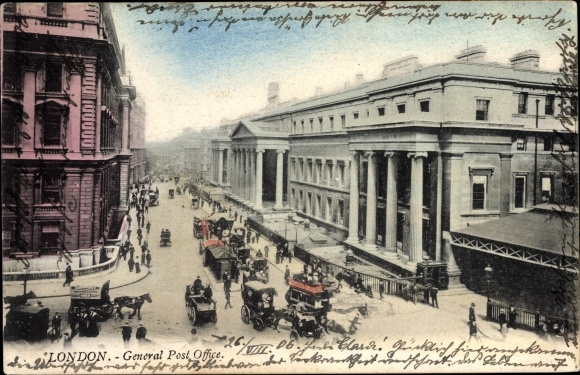 General Post Office before it was torn down, this scandal began in the basement of this building when Henry Newlove introduced Charles Swinscow to sex.

On july 15, 1889, a fifteen year old telegraph boy named Charles Swinscow was interviewed by Police Constable Luke Hanks in connection with a series of petty thefts at the Central Telegraph Office. Swinscow was found to have eighteen shillings on his person at the time of the interview, three to four times his weekly wage. PC Hanks asked Swinscow where he got the money. I got it doing some private work away from the office, Swinscow replied, adding that the work was for a gentleman named Hammond who lived at number 19 Cleveland Street and ordinary nondescript street situated between Regent Park and Oxford Street. PC Hanks repeatedly asked Swinscow what he had done to earn such a sum. I will tell you the truth, Swinscow eventually replied, I got the money for going to bed with gentlemen at his house.
It transpired that Charles Swinscow had been introduced to Hammond and the male brothel at 19 Cleveland Street by a fellow employee of the General Post Office, Henry Newlove.
In his statement, Swinscow told how, the previous September, I made the acquiantance of a boy named Newlove who was then a messenger in the Secretary's Office and is now a 3rd Class Clerk:
Soon after I got to know him he asked me to to into the lavatory at the basement of the Post Office Building- we went into one water closet and shut the door and we behaved indecently together- we did this on other occasions afterwards. In about a week's time Newlove said as near as I can recollect "Will you come to a house where you'll go to bed with gentlemen, you'll get four shillings each time."
Swinscow claimed that he was reluctant to go to Cleveland Street but was at last persuaded by Newlove and the promise of money. Accompanied by Newlove, Swinscow went to Cleveland Street and was introduced to Mr. Hammond. he said--good evening, I'm very glad you've come, Swinscow recalled in his statement and detailed his first encounter with one of the Cleveland Street Brothel's Customers.
I waited a little while and another gentleman came in. Mr. Hammond introduced me, saying that this was the gentleman I was to go with that evening. I was to go into the back parlour, there was a bed there. We both undressed and being quite naked got into bed. He put his penis between my legs and an emission took place. I was with him about a half hour and then we got up.
Swinscow was not the only telegraph boy that Henry Newlove had recruited in this way for service in the Cleveland Street Brothel.  George Wright was sixteen when he became friends with Newlove. Newlove used to speak to him in lobbies and eventually persuaded him to go down to the basement toilet. On one or two occasions, certainly more than once, Wright deposed, Newlove put his person into me, that is to say my behind and something came from him. Newlove took Wright to the Cleveland Street where he was introduced to Hammond. Another Gentleman came in who I should know again, Wright Said, a rather foreign looking chap.
I went with the latter into a bedroom on the same floor and we both undressed and we got into bed quite naked. He told me to suck him. I did so. he then had a go between my legs and that was all.
Newlove also persuaded George Wright to find another "nice little boy" to take to Cleveland street. Wright introduced him to a seventeen year old boy Charles Thickbroom.
Newlove took Thickbroom down to the basement lavatory of the old Post Office building and subsequently recounted to George Wright how he had tried to have anal sex with Thickbroom.
On one occasion at least Newlove told Wright I put my person into his hinderparts. I could not get in, though I tried and emitted.
Almost by accident, PC Hanks had uncovered a network of male prostitution involving telegraphy boys. Scotland Yard was called in and a warrant for the arrest of Hammond was issued.
But when the police arrived at Cleveland Street to apprehend him that he had fled abroad. A warrant for Henry Newlove was also issued and he was successfully arrested and charged with the abominable crime of buggery against George Wright and divers other persons. Newlove was not prepared to carry the entire burden of the scandal, telling the man who arrested him, Chief Inspector Abberline of the Criminal Investigations Division of Scotland Yard, I think it is hard that I should get into trouble while men in high positions are allowed to walk free. What do you mean? Abberline asked. Why replied Newlove, Lord Arthur Somerset goes regularly to the house on Cleveland Street, so does Earl Euston and Colonel Jervois.
These were names to conjure with. Lord Arthur Somerset, nicknamed Podge was 38 years old and the son of the Duke of Beaufort and the Younger brother of Lord Henry Somerset, who had fled to Florence in 1879 to avoid a public scandal over his affair with a young man. Harry Smith. 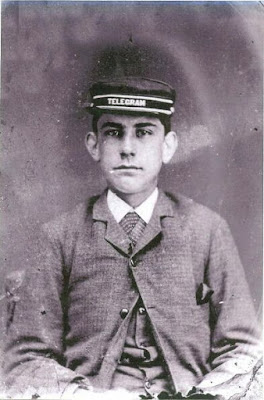 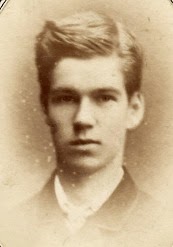 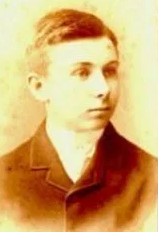 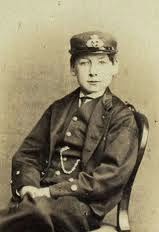 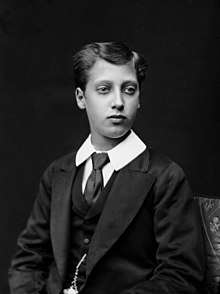 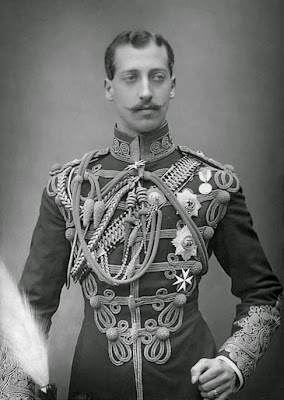 Justice doesn't mean the same thing to everyone.

19 Cleveland Street was the site of one of the most serious scandals during the Victorian Era. Prince Albert Victor was implicated in the scandal by his friend Lord Arthur Somerset. Thinking is 50/50 that the Prince was involved, had knowledge or participated , but as a strategy it worked perfectly for Somerset, he was given advance notice of an arrest warrant and fled to France, probably the best place to live in exile. Several sources indicate that honest Inspector Abberline, famous for leading the Jack the Ripper Investigation, was appalled at how strings were pulled to protect the adults as the boys were sentenced to hard labor. 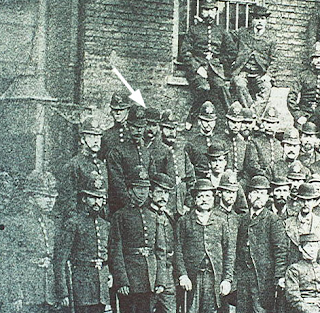 Chief Inspector Abberline at a Scotland Yard Staff Photo, the shy, efficient Inspector, avoided the spotlight even in this photo. 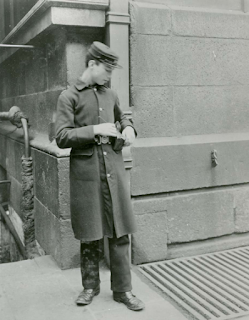 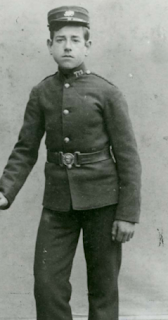 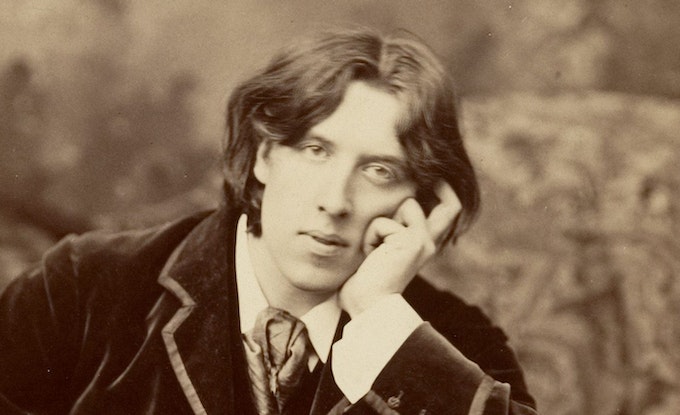 In quick succession Jack the Ripper and The Cleveland Street Scandal led to a Puritan inspired Prosecution of all sex crimes. In 1894, Oscar Wilde would be ensnared in this Puritan pogrom

Before he died Academy Award Winning Russian-American Actor Yul Brynner made a couple of Public Service Announcements. The first was about cancer, Yul was dying from Lung Cancer, so he made a plea for people not to smoke and quit if they already were. His second PSA was about the Gypsies. While Russian on his father's side, he was part Gypsy on his mother's side of the family. He spoke about how everyone remembered the suffering of the Jews in WWII, but almost no one knew of the suffering of Gypsies. Before WWII, there were 1,000,000 Gypsies in Europe. After World War II, the UN couldn't find a single one, ZERO! It was speculated that maybe 400 children were hidden by families throughout Europe. Yul spoke against racism and prejudice, because he lost members of his family to the Nazis. 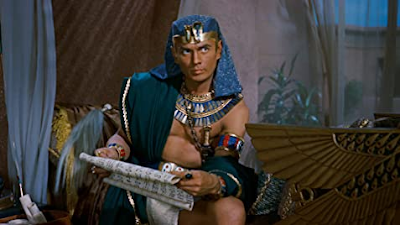 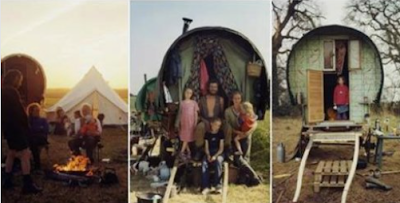 Immediately after being appointed Chancellor of Germany by German President Hindenburg, Hitler began programs to see what the German People would allow him to do. He outlawed demonstrations as acts of treason, after 100,000 Berliners protested his appointment to Royalist/Conservative Chancellor von Papen's Cabinet. Next, he had the military begin public demonstrations military equipment in public parks. Here 10-year-old and older boys are taught how to fire a military grade machine guns in a Berlin Park. Last he ran a trial program of imprisoning every gay in Germany in Concentration Camps as a means of enforcing public morality. When there were no protests or legal issues, he began exterminating them. Jews, Leftists, Liberals, Communists and Gypsies were next on his list. 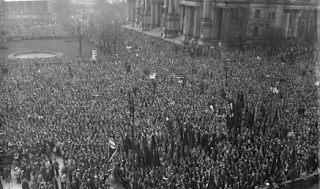 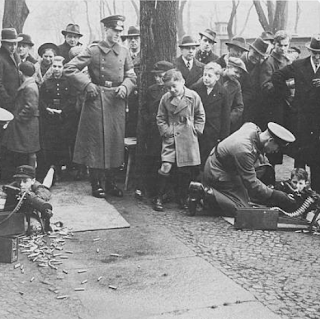 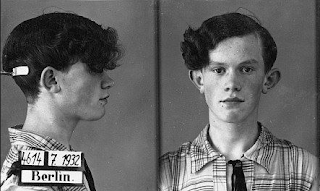 As this young boy learned, death comes to us all, but for those who no one cares about, it comes quietly, like a stalker, one day you simply disappear and no one cares. Hitler learned he could do anything he wanted and no would care enough to stop him.