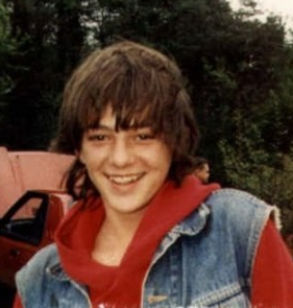 Jason Dale Bolton, 16, was found dead in the middle of a rural Indiana road. Police "investigated" the boy's death and wrote it off as a hit and run. Jason was a good kid, a good student with no discipline issues, though he had a couple of minor incidents involving pot. When Jason's body was taken to the coroner's office, Jason's family was in for a shock. 16-year-old Jason Bolton had been CASTRATED. His penis, testicles and scrotum had been cut off, while he was still alive, leaving him to bleed to death, but that wasn't cruel enough for his murderer(s). Then someone took the boy, while he was still alive, and placed him spread eagle in the middle of the road. Then they deliberately aimed a car between his legs and ran him over TWICE to hide the torture murder. The agony and suffering of this boy must have been beyond measure. Jason was murdered in rural Fayette County Indiana August 21, 1991 near the Rush County line. To this day, nothing has been done to resolve the case. Four of the young people, who attended the party with Jason the night that he was TORTURED AND MURDERED, gave statements to police. They said Jason was high and drunk when he wondered out on the road, passed out and fell, at which point, he was hit by an oncoming car, which left the scene.
Since their statements were lies, one could ask why weren't they suspected or at least prosecuted for false statements and hindering prosecution.  According to reports, the police never tested any of the party attendee's cars for blood on their tires. One of the party attendees was a relative of the Republican Sheriff. This man was suspected of being a major drug dealer in the area.
My life stopped the night I identified baby Jason. I went there that morning, to where it happened. They didn’t even clean it up. There were latex gloves and I even picked up a couple teeth I would have done more then, but I didn’t know. I only saw his face. No one told me about his groin area! I didn’t even know until I finally got my hands on those pictures. At first the Coroner told me no. But he called me the next morning and said he had thought about it all night, and if I would meet him in 20 minutes he would give them to me so I did. That’s when I realized the rumors were true, his whole groin area was just….gone…mutilated. I saw a picture of a little white thing on the side of the road by the grass I didn’t even know what it was. Coroner Joe Todd told me it was a testicle. And it was! It was a little severed testicle.” –Tomi Bolton Schmidt  https://www.facebook.com/groups/Missing.Indiana/permalink/1556167494477148/?comment_id=2543842602376294
All of this evidence should have been taken into police custody under common law enforcement practice, then and now. The fact that it wasn't  taken into evidence, proves that the police, obviously, never considered this boy's TORTURE/MURDER worth their time. I don't know how you feel, but for me, NO ONE MUST EVER BE ALLOWED TO GET AWAY WITH THE TORTURE AND MURDER OF A KID. Republican Evangelical "christian" Law and Order Governor and Conservative Republican Hate Radio Announcer Mike Pence never considered this case worth his time either for his radio show or as chief law enforcement officer in the state of Indiana. I care, Jason, and call for JUSTICE.  But, then again, I am a liberal Democrat. 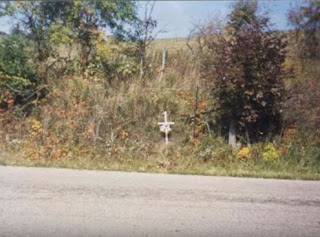 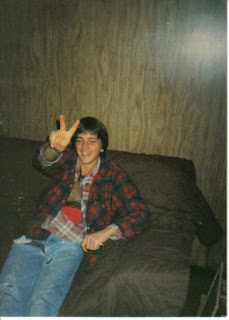 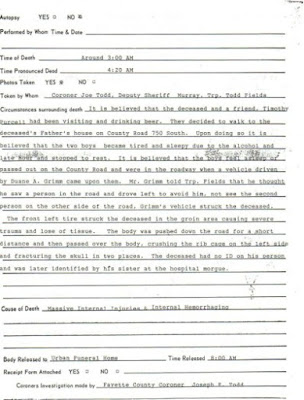 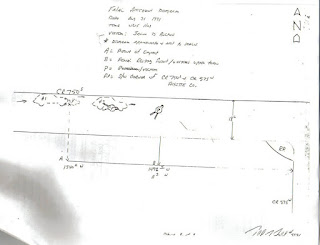 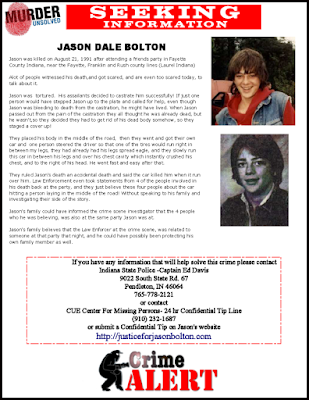 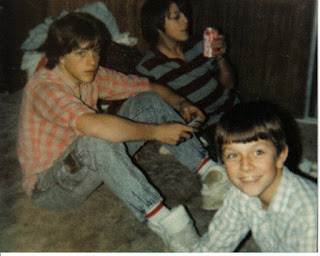 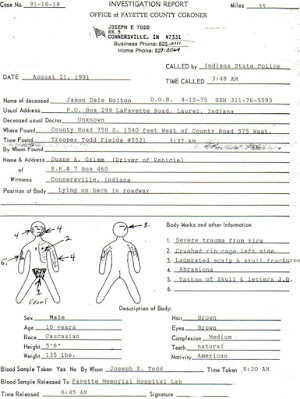 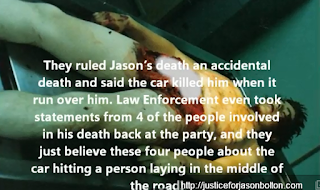 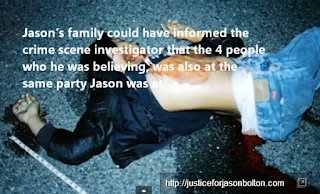 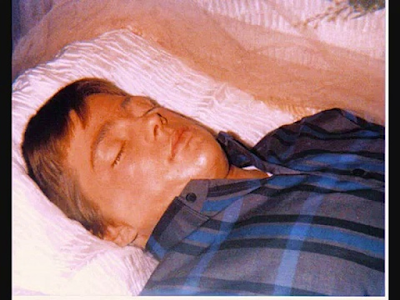 There are some crimes which MUST be solved, the torture and murder of a child comes first. There is NO statute of limitations on the torture murder of children. Start with Jason Bolton, he and his family deserve justice. Then investigate the police who failed to solve this crime against humanity. 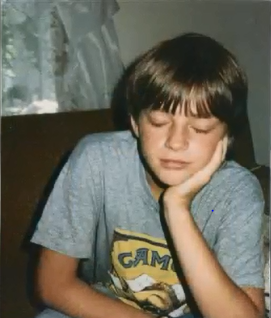 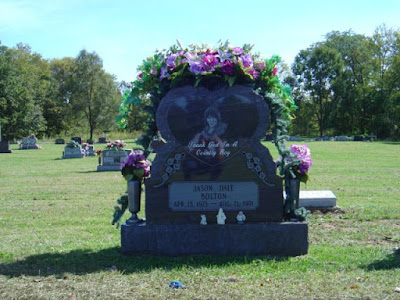 Posted by Brian Keith O'Hara at 3:35 AM No comments: