I was reading about Mata Hari. Apparently she was more of a dupe, than a conspirator or spy. It reminds me of Emile Zola and Captain Dreyfuss. Esterhazy was the actual spy(double agent)for whom Captain Dreyfuss was the perfect foil. Captain Dreyfuss is forever a symbol of right and wrong. And Emile Zola was the Archimedes of his time, a man who had convictions and was fearless in standing up for them. The fury that I feel that Esterhazy was allowed to flee to England after Emile Zola's campaign to free the innocent Dreyfuss grabbed the publics attention. 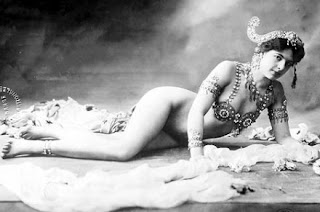 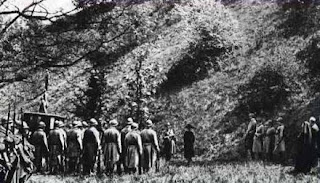 Mata Hari and her execution during World War I
Posted by Brian Keith O'Hara at 3:22 PM No comments: