George Archer-Shee and His Dad, a Great Father's Day Story 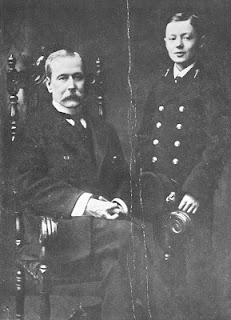 One of the great Father's Day stories. George Archer-Shee was a 13-year-old cadet at a British Naval Academy in 1908 at Osborne School on the Isle of Wight. One Saturday he went to the local Post Office to buy 15 shilling 5 pence money order from money that his family had given him to buy a model ship.
Unfortunately, someone in his dorm had stolen a money order for 5 Shillings from one of his bunk mates and chose that day to forge and cash it.
The Postmistress didn't remember exactly who cashed the stolen money order, her recollection was very foggy on this point, but remembered that it was about the same time as another money order was purchased.  The only money order purchased that Saturday morning turned out to be George's, of course. Somehow, the police extrapolated that the two were tied together and accused George of the theft. George was Catholic in a school that was overwhelmingly Protestant. He had been the subject of bullying during his time there, making him the perfect scapegoat. George was summarily dismissed from the Academy, a ruined man at 14.
The only thing that set George apart was his family, particularly his Dad. His father was a senior official and executive at the Bank of England, having risen meritoriously through the ranks to one of its highest positions. When almost all senior positions were acquired through the old boy's network and patronage.
When confronted with George's summary expulsion, his Dad immediately wrote the Admiralty, which ran Osborne. He said that he had asked his son whether he had stolen the money order. George told his Dad an unequivocal, No!
Martin continued: My son doesn't lie to me. He did not steal the money order. He had no reason to, he had enough money in his savings account and in his possession to buy the money order for 15 Shillings, Six Pence to pay for the model ship and we can document that fact. I will appeal his summary expulsion, he continued.
At the time, no one did that, because you would have to sue the King to get your day in court. But first you had to ask the King's permission to sue him(actually the government).
Now, his father put his career and his money where his mouth was. He hired the most famous lawyer in the Kingdom, Sir Edward Carson, to defend his son, even though the cost might drive him and his family into bankruptcy.
Martin was told by superiors at the Bank of England to drop the matter. The whole case was an embarrassment to them and told Martin that he was endangering his career. This was not given as advice, but as a warning from the highest officials of the bank. Martin Archer-Shee replied that my son is more important to me, than my career.
Sir Edward decided to take the case, even though he was one the busiest barristers in England. He interviewed George for several hours and came to the same conclusion that George's family did. He was innocent.
Sir Edward opening statement: "A boy 13 years old has been labeled and ticketed for all his future life as a thief and a forger. Gentlemen, I protest against the injustice to a child, without communication with his parents, without his case ever being put, or an opportunity of its ever being put forward by those on his behalf. That little boy from the day that he was first charged, up to this moment, whether in the ordeal of being called in before his Commander and his Captain, or whether under the softer influences of the persuasion of his own loving parents, has never faltered in the statement that he is innocent."
Under intense cross examination, the Postmistress admitted that she had never been sure as to the identity of the boy that cashed the forged money order. The officers of the academy and the police had pushed her to tie George to the crime, as they had no other evidence or suspects. They told her that she was the only one who could "solve the crime".
To the shock of everyone, in the middle of the legal case, the Admiralty admitted that they had no case or evidence against George, then asked for a dismissal of all charges and officially exonerated him. And at the insistence of George's Father, they also apologized to 14-year-old George.
But taking it one step further, George's family went to Parliament and asked for compensation for the false charge, the expulsion and damage to George's reputation. George Archer-Shee and his family were awarded the equivalent of one million dollars in damages in today's money. All because a father believed in his son. 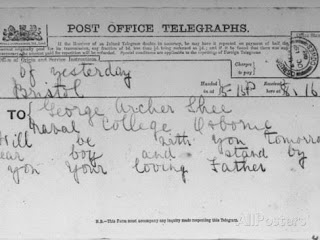 The Forged Money Order of classmate Terrence Back 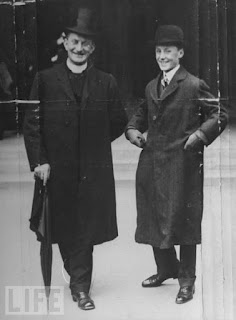 George Archer-Shee with his lawyer Sir Edward Carson. The Crown was forced to admit they had no evidence against George when they expelled him and paid the boy and his family damages to cover the expenses from the case defending a 14-year-old Catholic boy's honor. George proved he deserved it, being one of the first casualties on the battlefields of World War One.

After his expulsion as a naval cadet in 1908, George Archer-Shee returned to the Roman Catholic Stonyhurst College in Lancashire, where he had been educated before going to Osborne Naval College. After completing his studies, he went to work at the Wall Street firm of Fisk & Robinson in New York.

Having been a cadet sergeant in the Officers' Training Corps at Stonyhurst, he joined the British Army Special Reserve of Officers in 1913.With the outbreak of the First World War in August 1914, Archer-Shee returned to Britain and served as a lieutenant in the 1st Battalion, South Staffordshire Regiment. It was the same regiment that Sir Edward Carson's nephew Francis Robinson had joined recently. Archer-Shee was killed, aged 19, at the First Battle of Ypres in October 1914. His name is inscribed on the war memorial in the village of North Woodchester in Gloucestershire, where his parents lived. His name also appears on the roll of honour of "the men of St Mary’s school and congregation" displayed on the wall at the front of the RC church of St Mary on the Quay, Bristol.Robinson was killed three days before Archer-Shee. Both their names are recorded on tablet 35 of the Menin Gate in Ypres, as neither has a known grave.Terence Back, the cadet whose postal order for five shillings was taken, served in the Royal Navy in both World Wars. He was made a Commander of the Order of the British Empire in 1944 and died in 1968. Wikipedia 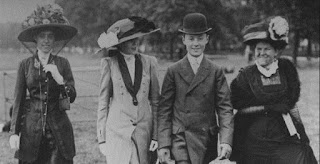 George and his family on the Eve of World War I. George would be among the first to die. 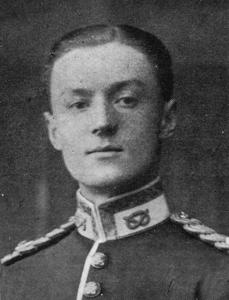 
Cool James Dean, showing how cool LOVE is. Hugging his Dad after his Mom died. 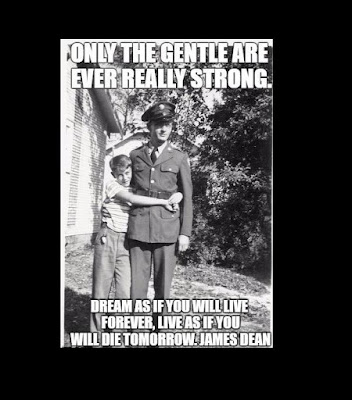