Nicholas II one of History's Much Maligned Heroes 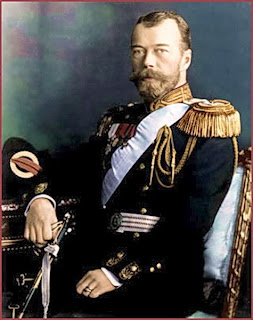 Everyone knows that Nicholas II and his wife, Alexandra, were one of the great romances of history. But almost no one knows that in the calamitous events leading up to World War I, it was Nicholas, alone, who tried to avert the war. Had the world listened to him 20,000,000 people would have not been needlessly slaughtered in "The Great War".
Nicholas championed the Hague Conventions which sought to outlaw Crimes Against Humanity and War Crimes. The Hague Conventions were the antecedents of The Geneva Conventions which followed. He was in fact the first to call for the 1899 Hague Convention. Nicholas and American President, Teddy Roosevelt, led the call for the 1907 Convention. One of the main tenets of these conventions was that disputes between nations be settled by arbitration under the authority of the world community. Many people consider this the forerunner to the League of Nations and, later, The United Nations. He was the first European Leader to propose that Poison Gas be outlawed.
Nicholas proposed that the Assasination of Austrian Grand Duke Franz Ferdinand be submitted to an International Tribunal for Arbitration.
Nicholas personally pleaded with Kaiser Wilhelm II of Germany not to Mobilize the German Army and promised to reciprocate. What if they gave a War and nobody came?
Posted by Brian Keith O'Hara at 9:21 PM