Max Hoffmann was a German Colonel in Military Intelligence in World War I; by all accounts  he was a brilliant intelligence officer and even better strategist. With the outbreak of the war, following the assassination of Austria's Arch Duke Franz Ferdinand and his wife Sofie, Max was sent to the Eastern Front in the fight against Russia. 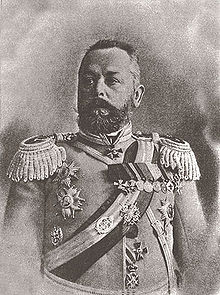 He developed the strategy to focus the German attack on General Aleksandr Vassilievich Samsonov's Second Army. He remembered during the Russo-Japanese War of 1905, fellow commander General Rennenkampf had failed to aid Samsanov during a ferocious attack by the Japanese: Rennenkampf  only worried about the tactical situation and the preservation of his own troops and himself. He lacked the insight and the intelligence to appreciate the strategic situation and that led to disaster and the eventual defeat of Russia in that war. 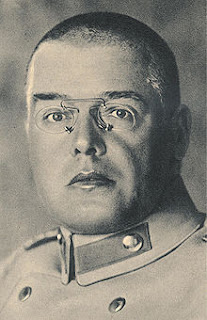 Colonel Max Hoffmann
Colonel Hoffmann predicted that, when faced with a German counterattack at Allenstein(conveniently and incorrectly called Tannenberg as redemption for the defeat Prussia experienced in a war with Duchy of Lithuania and Bohemia in 1410) which specifically targeted General  Samsanov's Second Army, General Rennekampf would not come to his aid, just as he had 10 years before. And he was right, General Samsanov's army was surrounded and wiped out, never receiving any help from General Rennekampf. With no hope, General Samsanov committed suicide.
Months later, Max Hoffman was promoted to General and given operational command of German Forces on the Eastern Front. He led a spectacular attack on the Russian Army in mid-summer 1917.  Ironically, immediately before the attack, he had sent six divisions of his forces to the stalemated Western Front to reinforce the Kaiser's forces in France, which were under the command of his former commanders Field Marshalls Hindenburg and Ludendorff. Within a few days, forces under his command decimated the enemy causing the fall of Alexander Kerensky and his revolutionary Government.
Possibly the most successful officer in the German Imperial Army, Hoffmann chaffed at superiors taking credit for his tactical and strategic decisions. After the war everyone remembered Hindenburg who went on to be President of Germany, though he had been defeated by Marshall Joffre and the Allies on the Western Front.  No one remembers, Colonel Max Hoffman probably the most brillaint officer in World War I.  That is not right.
Posted by Brian Keith O'Hara at 7:43 AM