I remember watching "Nicholas and Alexandra" in 1971 when I was 14. It had a profound effect upon me. I have always thought that I wanted to fall in love the way that Nicholas fell for Alexandra. I wanted everything or nothing at all. Together with Dr. Zhivago, it did more to help me understand the momentous events which occurred in Russia in 1917, far more than any book ever did.

But as great as Michael Jayston(Nicholas II) and Janet Suzman(Alexandra) performances were, the movie's greatest performance was Tom Baker as Rasputin. This was long before he became Dr. Who. I have never seen anyone who was able to communicate compassion while at the same time sounding so ominous and threatening. It was well beyond creepy and if you wonder exactly what the real Rasputin was like, I think Tom must have come very close to the mark. 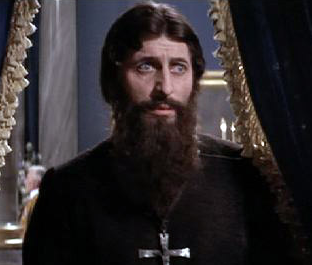