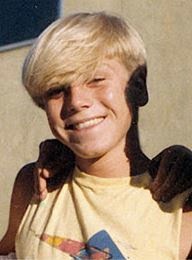 Iain Brown went to Venezuela with his parents because his father worked for an oil company. Iain and his older brother had a great time there. It was especially nice because Iain and his brother were best friends. While hiking in the mountains, the boys were horsing around. Suddenly his brother slipped and fell down the mountain. The fall killed him. Iain blamed himself and never forgave himself.
When they returned home to Walnut Creek, California, Iain was a lost soul, eventually he ran away to San Francisco and took a joy ride on someone's sailboat. Eventually, he became a street kid.

PBS's Frontline did a story about street kids and focused on Iain's Story in 1988. He had become the leader of the pack of street kids in San Francisco. They only had each other and became a family. Iain would go with them to the hospital when they were sick. He would make sure that they ate at least some healthy food. He was the heart and soul of his group. After the PBS Special, Iain became famous, which drew far too much attention. He preferred peace and quiet and to do his good works unnoticed by any outsiders. Iain chose to return home, but he seemed as lonely and lost as ever. He still wasn't happy, he just didn't fit in anywhere.
His desperate parents tried to get him help sending him a psychologist, but nothing seemed to work. A neighbor, an author, took an interest in Iain and gave him someone to talk to, a non-judgmental outsider. But every conversation always came back to the pain of losing his brother and how lonely he felt without him.  He missed his brother every day of his life.
Unfortunately, Iain made the decision to take his own life. The people who knew him loved him. They miss him even today. And of course the street kids he helped remember the loving big brother he became to them and because he had made such a difference in their lives. If only Iain let the people who populated his life hug him and comfort him, he would realize how important he truly was, so that they could have brought him back to the light. That is what his big brother would have wanted. At least Iain is at peace and with his brother now. And that is what he would have wanted. But we and his friends from the streets of San Francisco will be the ones who miss him. A remembrance page about Iain:   http://rememberiainbrown.com/ 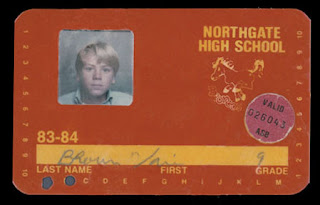 I am looking for a copy of the PBS FRONTLINE episode about Iain. I saw in 1988 and will never forget it. If anyone can share that episode with me, will be very much appreciated. bkohatl@hotmail.com


Hello Darkness My Old Friend: One of those stories that will get you to scratch your head and say that's so neat. Paul Simon was a shy music prodigy as a kid. He began experimenting with writing music at 13/14-years old. To not disturb his Mom and Dad, he would go to the upstairs bathroom, turn off the light, hum and sing, experimenting with harmonies, music and lyrics. One of his first songs would evolve into this masterpiece, listen to the lyrics to understand the significance of its composition.

It is National Teacher's Day in the US. My favorite teacher, Mrs. Elizabeth Williams of East Valley Elementary in Marietta, Georgia. I was a very shy kid growing up. My best and happiest year in school was in 1965. I was in the 3rd grade. Shy kids are always terrified at the beginning of a new school year: new teacher, new kids, way too much new stuff. I was scared.
As I stepped off the bus I hear a gentle voice say "Good Morning, Brian. I am Mrs. Williams and you are going to be in my class." She puts her hand on my shoulder and walks me to our room. She told me later that she made a point of doing that with all her shy kids on their first day. Another memory: Most kids were allowed to choose their own books for reports, she chose my book for me. She told me that she wanted books that would challenge me. My Dad had been made Vice President of Mead Corporation Europe. He lived in Paris. She gave me a wonderful book to read, "Is Paris Burning" by Paris Match Reporter Dominique Lapierre and Larry Collins of Newsweek because she knew that I loved history. An extraordinary book for a 3rd grade teacher to give a nine-year-old boy. I didn't want to let her down and I wanted to learn everything about France since my Dad was working there. I got an A on the oral report but it wasn't easy for me. I really was very, very shy. I hated speaking in front of class. She took time every day having me practice my oral report in front of her, while everyone else was busy with the assignment, because I usually finished assignments first or second, then she gave me suggestions to help me with my presentation when I gave my report to the class, though terrified, I did well and owed it all to her, Mrs. Williams a great teacher, because she was a great human being. I made straight A's that year. But then again, I usually did. But this year, I made a 99 average across all my subjects. I hope you had a Mrs. Williams in your life too.