Maureen O'Hara and Brian Keith in the Parent Trap (1961)

The Parent Trap
There is a very famous, true story about Maureen Fitzsimmons O'Hara and Brian Keith: after their parents got divorced, Desi Arnaz and Lucille Ball's children, Little Lucy and Little Desi, made their parents take them to see "The Parent Trap" at least ten times; separately of course. They had a very bitter divorce. Lucy said she enjoyed the movie the first few times she saw it, and it is a wonderful movie, but even she had her fill of it. Lucy would change the channel anytime she ran across it on TV. Fortunately, she and Desi also figured out what was going on in their children's heads. For the first time since their divorce, Lucy and Desi, first with each other, and then together with their children, sat down to talk about their divorce. It was very painful for Desi and Lucy to see how hurt their children were.
Lucy once said, that it was at that moment that both she and Desi realized how much their children must have been hurting and decided after an acrimonious beginning, they were going to work very hard to have a friendly divorce. Lucy is quoted on her death bed as having said that Desi was one of the best friends she ever had in her entire life. I was so glad to hear that. Most people may not realize this, but the movie "The Parent Trap" and the explosion in the divorce happened at almost the same time. This movie changed people's lives and perceptions for the better. It is Ms. O'Hara's wonderful, convincing performance in "The Parent Trap", along with Brian Keith's, that I consider their best. "The Parent Trap" is very personal to me because my parents had a very nasty divorce at exactly the same time "The Parent Trap" came out. I always "joke" that there were no survivors after my parents divorce. The tragedy of it is that I was only half joking.
I always wished that I had had parents like Maureen O'Hara and Brian Keith. As a child, this thought would always comfort me, and gave me a goal as to what kind of parent I wanted to be. A close friend of Ms. O'Hara said on the A&E Biography that that movie was closest to the real person she was and is; but I already knew that. To change people's lives for the better, and to give others a refuge from unhappiness: for this no one can thank you enough.

Thank You, Maureen O'Hara; and Thank you, Brian Keith.

Brian Keith O'Hara
That really is my name... 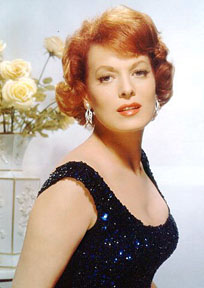 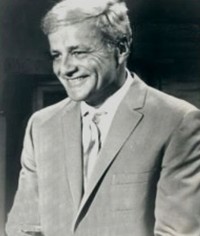 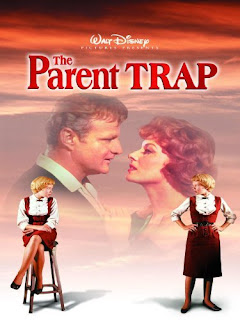